Book Review: “Be the Dad You Wish You Had” by Ryan Roy

Goodreads Description:  This book was created to overcome your fear of becoming a new dad, there is no reason to worry, and you are enough. Whether you come from a broken home; a dysfunctional home or even a good home, your Parenting Fear is real.
• Will I be a good dad?
• Do I make enough money to support my family?
• Is my life over?
The answer to these questions is:
• Yes, you will be a great dad!
• You make enough money, children do not care how much you money you make, they care about the time you spend with them.
• Your life is not over. Your amazing life as a new parent has just begun.
This book gives you 40 lessons on HOW to Be The Dad You Wish You Had.
The book is designed with the new dad in mind. However, parents at any stage can benefit from the lessons. It covers things as simple as changing a diaper, sleeping arrangements for infants; and creating routines that your child can depend on; to creating family traditions that will leave lasting memories of their childhood for a lifetime.

Ryan Roy had a great idea when he decided to write his first book:  “Be the Dad You Wish You Had”.  Drawing on his own life experience, prior to becoming a father, and as a father of two young boys; Ryan Roy has given fathers his insight into 40 lessons all Dads could benefit from.  The lessons are practical and insightful.  Whether you are a soon-to-be father, a new father, or a father of many years, Ryan Roy’s book needs to be on your bookshelf – not just collecting dust, but one you reach for time and time again.

As I reflect on Ryan Roy’s book, it brings me joy – joy that a young father desired to share his wisdom with the reading public – and did just that.

Baseball goes on strike…and the fans are not happy. A chat room group is formed “Friends against the baseball strike.” They rant against the astronomical salaries and greed of the players who have ruined the game for the everyday fans.

One member, “The Vindicator,” decides to take action to end the strike, and soon, some of the highest paid baseball players are being murdered.

Who will be next? Can the murderer be stopped? The action and suspense build as the FBI and a trio of clever amateur investigators rush around the country trying to predict where the murderer will strike next, and to discover his identity.

This thoroughly modern page turner uses social media in unexpected ways and will keep the reader enthralled until the last page.

I had the pleasure of getting to know this author, Michael A. Draper, (now deceased), when I reviewed his first novel “Splattered Blood” in 2012.  https://thejoyofthewrittenword.com/2012/02/29/book-review-splattered-blood-by-michael-a-draper/

Draper’s second novel, “Three Strikes and You’re Dead”, did not disappoint. In his first novel I admired Draper’s writing skill. I still do.  The story moves along at a quick pace, while at the same time developing the characters within the plot itself.

While this book is written with the baseball fan in mind, you do not have to be a fan of baseball to be a fan of this book. This is a mystery novel pure and simple.  Any fan of well written detective stories will enjoy this Draper home run.

In the story line, the FBI and three amateur sleuths work together to beat the murderer’s clock of murders. Michael Draper makes this alliance believable and, for me, enjoyable. I will not say anymore about the plot, as I do not wish to spoil the book for future readers. But, trust me, this is an excellent book.

It was a joy for me to read and review this second book by Michael A. Draper. Treat yourself and get a copy soon! 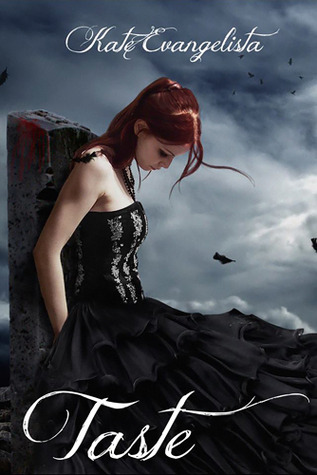 At Barinkoff Academy, there’s only one rule: no students on campus after curfew. Phoenix McKay soon finds out why when she is left behind at sunset. A group calling themselves night students threaten to taste her flesh until she is saved by a mysterious, alluring boy. With his pale skin, dark eyes, and mesmerizing voice, Demitri is both irresistible and impenetrable. He warns her to stay away from his dangerous world of flesh eaters. Unfortunately, the gorgeous and playful Luka has other plans. When Phoenix is caught between her physical and her emotional attraction, she becomes the keeper of a deadly secret that will rock the foundations of an ancient civilization living beneath Barinkoff Academy. Phoenix doesn’t realize until it is too late that the closer she gets to both Demitri and Luka the more she is plunging them all into a centuries old feud.

Was I interested in a paranormal romance?  It was certainly outside the realm of my usual book interests.  My instinct said “no” when Kate Evangelista asked me to review her book “Taste”.  I did not think I could give it a fair evaluation – seeing as paranormal was outside my range.  But happily I agreed to complete a fair review.

Much to my surprise I was pleasantly taken by this beautiful novel.  Evangelista’s descriptions, style, and personality, were all strong and alive. I was totally captured by the story line! I soon forgot I was reading a paranormal novel and became charmed by the enchanting tale.  The characters caught and held my interest from cover to cover. The worlds of Barinkoff Academy were, to say the least, intensely real. I would suggest you do yourself a favour, pick up a copy of “Taste” by Kate Evangelista, at your favourite bookseller.

I always like to find some JOY in every book I read and review. The joy in “Taste” came in my surprise of my total enjoyment of this paranormal romance.  The “Joy of the Written Word” was definitely alive!

Book Review: “The Biblical Story” as retold by Stefan Andres, Translated from the German by Sarah Dyck

Are you familiar with children’s story books of the bible?  You know, where the bible stories are told in such a way that they attract children’s imaginations.  Have you ever wondered why there are no adult bible storybooks?  Well, now there is one:  “The Biblical Story” as retold by Stefan Andres and translated from German to English by Sarah Dyck (1924 – 2017).

Stefan Andres has taken various bible narratives and retold them in a story format, that is understandable by the everyday reader of German.  There are over 150 such stories, including both the Old and the New Testament. Sarah Dyck then translated Andres’ German book into English.

As an English reader and writer, I highly recommend this book, should you be searching for a unique view of the Bible.

And where is the joy of this book’s written word?  It can be found throughout the pages of this English translation.

Book Review: “Legacy of the Highlands” by: Harriet Schultz

We all say the words “where did time go” at on time or another. I have been saying it a lot lately.  In 2012 I took a break from blogging. This is my first time back!  Five years!!

The first book I would like to review, as I begin again, is the book I was working on when life interrupted:  “Legacy of the Highlands” by Harriet Schultz.

This is a fabulous novel.  It is a jam packed plot, as to rival all good mystery writers.  I am inclined to say, including your favourite authors.  The beginning lulls the reader into a false sense of security in that the beginning is not what it appears – not all pleasure and romance.  The characters are multi-dimensional, soon to be among the reader’s favourite.

Goodreads summary of this novel is as follows:

Young, good-looking, successful and wealthy. Will and Alexandra Cameron had it all until the night he went out to buy ice cream after an evening of passionate sex and never returned. When his body is discovered in a nearby Boston alley, the only clue to his murder is a Scottish sgian dubh dagger left beside it. Will’s grieving widow finds refuge in the Miami villa of his best friend Diego Navarro, who has the means, power and temperament to solve the puzzle and to avenge his friend’s murder. The sinfully handsome and charming womanizer’s feelings for Alexandra run deep, and he becomes equally determined to win the devastated widow’s heart. The attraction between them grows as they follow leads from Miami to Buenos Aires and Scotland, unraveling the Cameron family’s centuries-old secrets.

Do yourself a favour, pick up a copy of Harriet Schultz’s “Legacy of the Highlands”, and you will find joy in the written word.